The SwarPlug synth plugin includes Surbahar and over 80 other perfectly sampled virtual Indian instruments. It can be loaded in most VST, Audio Units and AAX compatible DAWs (Digital Audio Workstations) like Cubase, Logic, Ableton Live, Protools, FL Studio etc... It also comes with lots of ready-made MIDI loops for each instrument.

The surbahar is a plucked string instrument, also known as a bass sitar as it resembles the basic structure of the sitar. The surbahar was invented by Ghulam Muhammed Khan in Lucknow, India, in 1825, and gained popularity in the 19th century as a feature of Dhrupad.

The surbahar is larger in size than the sitar, allowing it to produce deeper, lengthy notes and a somewhat meditative sound. It consists of a resonator made from a dried gourd and a neck and cover made from wood.

Close-up of a Surbahar

The neck features moveable frets, 7 main strings and 11 to 12 sympathetic strings. The sound is accentuated by pushing the strings across the frets at a straight angle to the neck, increasing the pitch. A wide fingerboard, which is connected to the resonator at a joint known as Gulu, allows the strings to stretch farther than those of a sitar. Three metallic plectrums can be used to play different variations of Dhrupad style music. The surbahar is a bass variant in terms of acoustic characteristics, and comes in a wide range of sizes and shapes with a variety of features and designs. 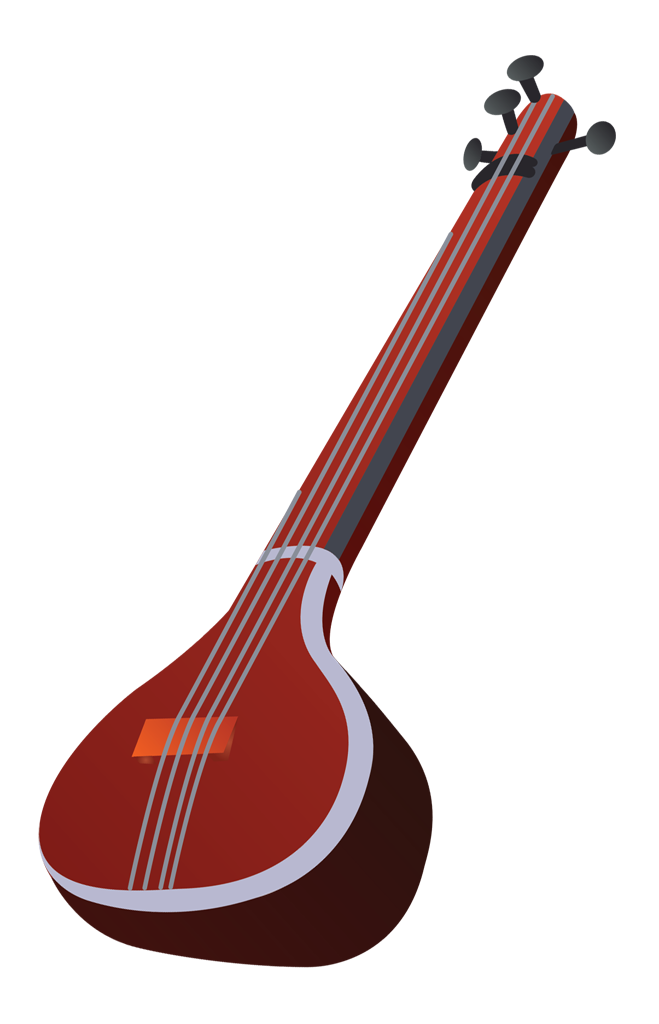